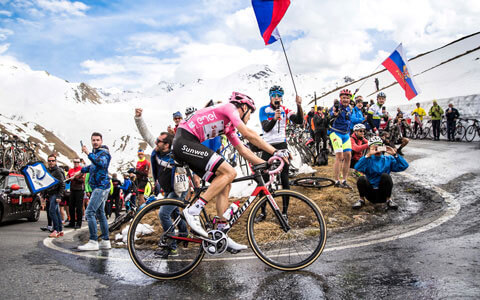 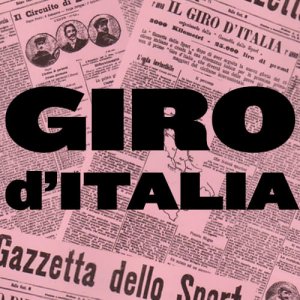 We’re pretty excited to hear this morning that both Tom Dumoulin and Vincenzo Nibali have confirmed – they will both target the win for the 2019 Giro d’Italia in May 2019.

The 2019 Giro d’Italia route is one of the best we’ve seen in recent years, the loop of Italy commences on May 11th in Bologna, the capital of the Emilia Romagna region. The race then snakes it’s way south as far as the Gargano in the Puglia region, it passes through the Ride International Tours spiritual/family hometown “San Marco in Lamis”, for the stage 6 finish in San Giovanni Rotondo.

From the Gargano area or the Spur of Italy, the race then turns back to the north via the east coast.  This edition of the race will also be popular with the teams, as it has the least amount of Km’s transferred between stages we’ve seen for some time – we’re sure the teams will appreciate this simpler logistical format, it’s great for spectators and Italian fans will have more of a chance to see their great race up close.

It’s very hard to predict a winner of the Dumoulin v’s Nibali stoush at this early stage, both are incredible riders with plenty of experience in Grand Tours, we are very much looking forward to watching the battle unfold on the roads of Italy as we complete our own Giro d’Italia – who’s your pick for the win?

Come Ride With Us 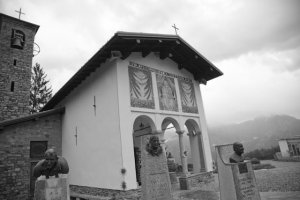 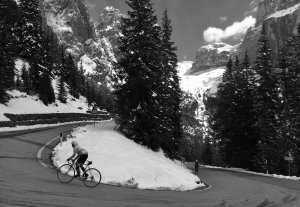 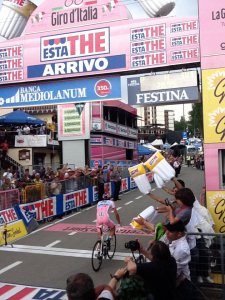 Ciao! The wait is finally over, the 2018 Giro d’Italia is here. The first Grand Tour of the season, the 101st Giro d’Italia starts today in Jerusalem.

The Giro d’Italia is an exciting time each year as we transition from the powerful Spring Classics races, to the Grand Tours. We enjoy this part of the season as we all get our first glimpse of how the General Classification riders will go at this year’s Grand Tours. In recent additions, the Giro d’Italia has been one of the most exciting and unpredictable races of each year. With the fantastic line up of riders appearing at the 2018 Giro d’Italia, we expect this to be one of the best Giro’s we’ve seen yet.

To see the official start list for all the teams/riders at the 2018 Giro d’Italia – click here: Starters_List

There are some great pre Giro d’Italia productions rolling in, we’ve attached a couple below. First up, the ever smiling crowd favourite and genuine nice guy – Esteban Chaves talks about his love for Italy and the Giro d’Italia. How can you not love the guy? He’s such warm character off the bike and in front of the camera. Recent form suggests he’s back to his best and a real chance to stand on the podium in Rome.

Second, clip from GCN looks at 10 Riders to watch at the Giro, it includes the GC riders, sprinters and stage specialists.

It’s time to start planning your trip to experience the 2019 Giro d’Italia. Travel in comfort, ride the great roads and maximise your Italian – Giro d’Italia experience with our team of Giro, Italian experts. We’ll follow the final 10-12 days of the 2019 Giro. If you have any questions or queries – cycling or non-cycling give us a call or send an email.

Our Advance Booking page is open for 2019 Click Here

This great video shows Team Sky and Chris Froome as they prepare for the upcoming 2018 Giro d’Italia. We found it particularly interesting to see the amount of support and preparation the team provides to the best rider in the world on his training ride.

If Chris can indeed win the Giro d’Italia, he will have won all three Grand Tours in succession, Chris won the 2017 Tour de France, he then went on to win the 2017 Vuelta a España. We are really looking forward to this years Giro d’Italia, there’s a great line up of riders set to challenge 2017 winner Tom Dumoulin for the title.

Also of note it’s interesting to hear Chris say he used a compact crankset with 34tooth chainring and a 32 tooth rear cassette for the rekki climb up the infamous Monte Zoncolan. Those of you who may have ridden the Monte Zoncolan will understand the intensity of this climb, if you’ve not done Monte Zoncolan put it on your bucket list, it’s an incredible ride.

The Strada Bianchi, “White Roads”, Spring Classics mens and womens races are a favourite of ours, they are this coming weekend. The 184km race for the men, 136km for the women start and finish in Siena, Italy.

The normally 68km of white dirt roads for the men, 30km for the women are white for an entirely different reason this year, (watch the video below). “The Beast from the East” storm that has covered much of Europe in a cold snap this week, has blanketed parts of the course in Siena in snow. Sources say, it’s even snowed as far down as the beaches of Corsica.

Sections of the race to watch closely this year include: gravel Sector 8, the Ponte del Garbo (Asciano)  at 11.5km it’s the hardest of the race, it’s mostly uphill with tough punchy hills, the most important section being the Monte Sante Marie, which climbs steep gradients and sharp descents over short distances. 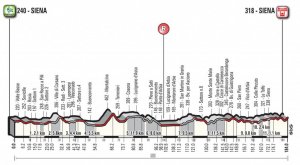 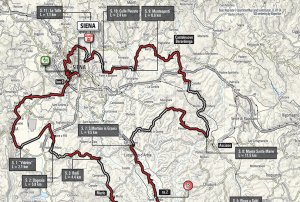 Follow Me!
0
Your Cart
Your cart is empty.
View Cart Checkout Continue Shopping
Scroll to top