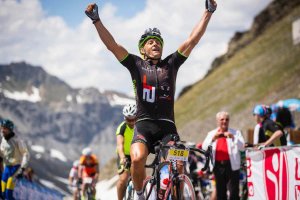 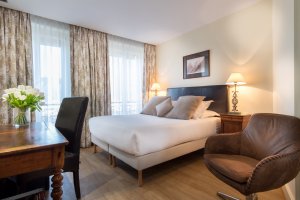 Sleep – The Most Important Part Of Training.

We’ve been following coach Jo Friel for some time now and enjoy his observations of his athletes, he has a great style and understanding of what makes athletes tick and how to get the best out of them. I’m sure many of you will see some of yourself in this post and perhaps challenge yourself to make change.

In this post Jo talks about retiring from coaching and Sleep for athletes. We totally agree with his observations of sleep for athletes and have been there ourselves trying to squeeze as much as humanly possible into each and every day. One way or the other, your body or mind will put a stop to it – check in with yourself, make changes, take time out and as my mum says “be nice to yourself”.

This post is a 5min read, grab a cup of Tea and enjoy reading about how resting harder is going to make you faster and healthier.  From time to time we’ll post from our favourite coaches, relevant articles and good news stories.
Enjoy.
Ciao Pat n Grace.

By Jo Friel: I’m now retired from hands-on coaching. It was challenging work for thirty-plus years, mostly because there was never a break. All of the athletes needed unwavering attention whether I was on vacation or not. Yet I still tremendously enjoyed it and, in a sick sort of way, now miss the pressure of preparing an athlete for competition. What especially made it so hard was that, for the most part, I coached athletes who had very high goals—podium at a national championship, qualify for Ironman Hawaii, win a highly competitive race, set a personal best time, or whatever. What really made it so challenging was that for most of the athletes I coached such goals were near the high end of their athletic potential. To improve their chances of succeeding we had to get everything right. That wasn’t just their workouts, but also their lifestyles. The latter was by far the more difficult thing to align with their goal.

To achieve such goals the athlete invariably had to agree to make lifestyle changes. They usually did so willingly. But this meant I had to get to know them quite well and then make suggestions about what had to change. That usually involved the primary aspects of life that affected performance and, especially, recovery. It required understanding and possibly altering their nutrition, friend and family support, the mental aspects of training and racing, physical limiters such as a propensity for injury or physiological imbalances, and lots more. Most athletes were quite willing to address and attempt to correct such limiters. The one that was always most difficult to correct was their sleep schedules. Yet this was almost always the most critical to their success as sleep is when adaptation (read: “increased fitness”) occurs. Without adequate sleep, adaptation is severely restricted.

It’s not that they were opposed to sleeping more, as I almost always had to suggest, but that they simply had so much stuff in their lives that “had to get done” every day. It was nearly always the same: career, family, personal time, other responsibilities, and training. There was never enough time in a day for everything they wanted to do. Something had to give. The most flexible time constraint was almost universally time spent in bed. So they chopped off the needed time there—before I came along. They typically got to bed late for a myriad of quite good reasons. Then they set an alarm to go off a few hours later so they could get going again on their list of daily must-does.

They saw sleep as an interference—something that must be done but was sort of a waste of time. I can’t tell you how many times I was told that, “I can sleep when I’m dead.”

That may be the case. And, in fact, shortchanging sleep may well lead to an early grave. I can’t support that with research, don’t know of any, but I can support what limited sleep means to performance. It isn’t good. And the older you are, the more of a problem reduced sleep time is when it comes to high performance.

Personal example… When I was a college student I was on the track team. Training in the 1960s was nothing like today. Our coach knew only one way of training. Back then I called it “intervals ‘til you puke.” We’d warm-up and then he’d blow his whistle meaning we should all report to him where he was seated in the bleachers at the track sipping a Coke. We knew what was coming next. After a few comments from him on our next competition, he’d tell us to line up on a mark he’d made on the track with his foot (it was cinders back in those days). We knew what was next. We were going to do 440-yard intervals (there were few 400-meter tracks in the US back then) until he decided we’d had enough. There was never any discussion of goal times we should be aiming for—only that we should “run faster.”

Everything about the workout was entirely by the seat of his pants. We never knew how much recovery we’d get between the fast intervals. It could be a few seconds to a couple of minutes. We just stood bent over with hands on knees breathing heavily after each one as he told us how slow we were. Then he’d say, “line up” and we’d do it again. We may do 10 x 440, or 15 x 440, or 20 of them. We never knew in advance how many. When he got tired of blowing the whistle we were done. The only other thing that seemed to affect that decision was our reaction to the workout. But in a weird sort of way. When runners started throwing up we knew the end was in sight. That’s why I called it “intervals ‘til you puke.” I was often one of the pukers.

The amazing thing back then was that we’d often do this workout five days a week (no one trained on the weekends in the 1960s—at least no one I knew). Somehow, at age 20, I was able to bounce back day after day for this. And on top of that I crammed in late-night college classwork and led a life full of other stuff common to twentysomethings. There was little time for sleep. And yet I would do this workout day after day with no sign of performance loss. Now one such day of intervals ‘til you puke would leave me knackered for several days. There’s no way I could do that again, day after day. 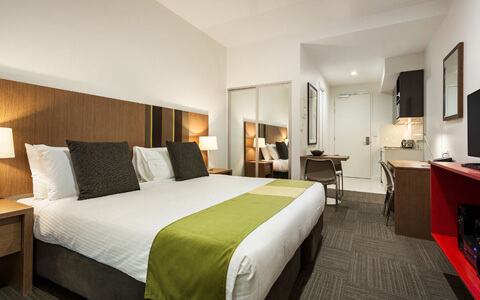 Why not? Well, despite getting little sleep for days at a time I, like all the other young guys (there was no women’s track and field then) on the team, had youth on our side. That largely came down to the endocrine system where anabolic (“tissue-building”) hormones were aplenty. That’s such naturally occurring stuff as erythropoietin (EPO), steroids, human growth hormone, testosterone, and more. I, like the others, had an abundance of such hormones at that young age. But as I got older my hormone production plummeted, as is common in all aging humans. It’s just life.

So why would sleeping more as we get older have an impact on hormones and performance? It’s because that after tearing down tissues with hard workouts, rebuilding by means of such hormones is necessary. And they are most available to the body during slumber. That’s why I usually had to push my clients to sleep more.

Most of them had to change their daily patterns in some way to fit in more bedtime. The first thing that had to go was the alarm clock. For serious athletes having sleep artificially shortened by an alarm is one of the worst things they can do. Awaking should be a natural occurrence, not an artificial one. This meant that the athletes I coached would have to change their lifestyles some how. It wasn’t just going to bed earlier. That’s a given. It meant something in their lives had to go. That had to be their decision, not mine. It might have come down to cutting out late evening TV shows. Or reducing voluntary community responsibilities. Or something else. It’s not an easy decision to make, but it’s necessary especially for the older athlete with high performance goals. The more important the goal, the more important this lifestyle change is.

We have many ways of monitoring and measuring the effectiveness of sleep these days. I’ll touch on a few of those in Part 2 of this topic. Jo

Follow Me!
0
Your Cart
Your cart is empty.
View Cart Checkout Continue Shopping
Scroll to top