Spain is a country full of beautifully remarkable places. Everyone knows about the top tourist locations such as Barcelona, Madrid, and Girona. But Spain has a lot more to offer.

With so many of them, it’s hard to decide where to go. You don’t have to though! We’ve rounded up the 12 best destinations to visit and experience around Spain on a Vuelta a España route:

San Sebastian is easily one of the most visited cities in the country. Tourists flock here to see the beaches and have a one-of-a-kind culinary experience. From cider houses called sidrerias to Michelin-starred restaurants, the city will satisfy your taste buds.

August to September is the best time to visit San Sebastian. It’s after the holiday season, the Vuelta a España is on, and the weather is ideal for going to the beach and cycling. Also, the San Sebastian Film Festival is held every September. 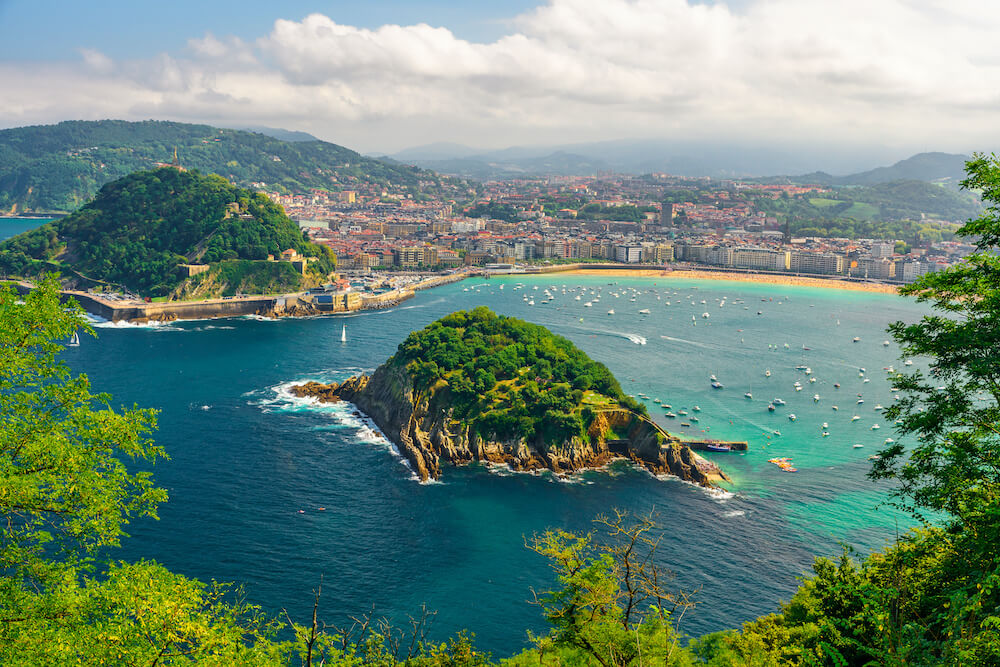 For an authentic medieval walled citadel – village experience, you simply must visit Solsona, we rate it as one of the best in Europe as there are few tourists, only locals going about their day. Just 90 minutes south of Andorra, Solsona is a must-visit if you’re looking to have a calming, yet immersive experience. The historical structures are scattered all around this old walled town, including the famed 16th-century clock tower, Romanesque cathedral, and three Gothic fountains.

A part of Catalonia, Solsona is located within the province of Lleida. It’s only two hours from Barcelona. With an intimate view, the town is quite mysterious, with its deep-rooted traditions, festivals and legends. You’ll love its charms, food, and sights. 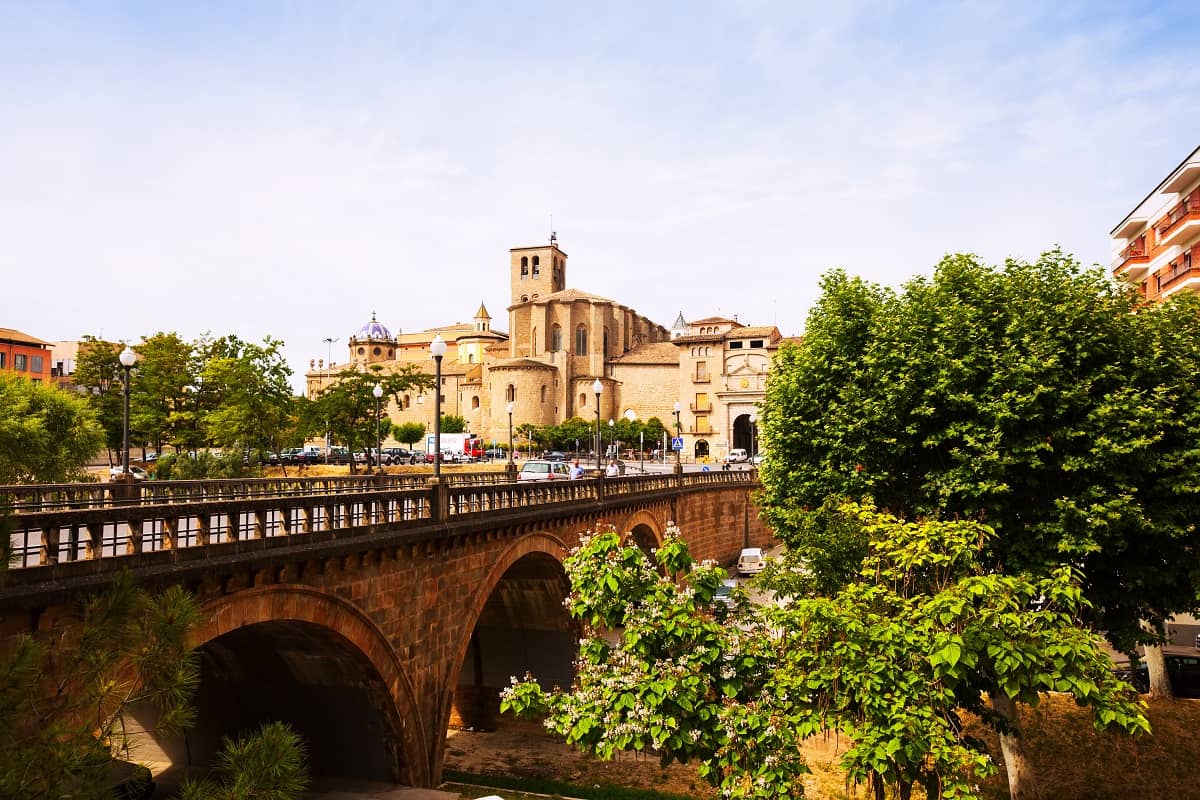 Bilbao is a multi-awarded city, having received recognition from various organisations, such as the Academy of Urbanism as the European City of the Year in 2018. In the 1990s, Bilbao faced a difficult time due to the collapse of a few industries, including steel. But it successfully rose from the challenge when the city invested in culture, which is evident when you visit this city.

Bilbao is the location of the Guggenheim museum, which opened in 1997 and was designed by Frank Gehry. Since its foundation, it has about 165 exhibits and 70 presentations. More than 20 million people have visited this now-famous museum since its opening day. And if you’re on the prowl for good food, don’t settle for less. Michelin-starred restaurants are all around the city. In fact, there are over 40 of them in Bilbao and the surrounding Basque Country alone! 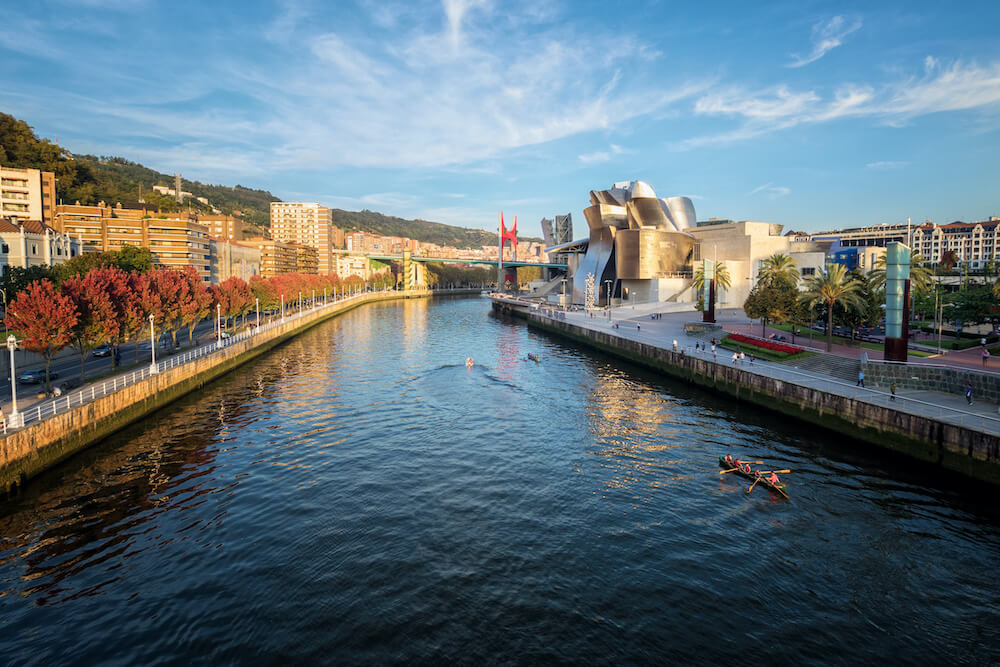 Figueres is located in Catalonia. It has a rich culture and history, which can be seen through the museums that preserved the stories of the city. Figueres is the last central town before you reach the Spanish/French border. It’s why the city is best known for providing an excellent spot for those who want to visit the Empordá region.

Perhaps the biggest attraction in the city is the Theatre Museum Gala Salvador Dalí, which is in the Gala-Salvador Dalí Square. The museum features the work of Salvador Dalí, along with other Catalan artists. Another museum that you may want to visit is Museu del Joguet in Sant Pere. This museum has over 4,500 toys from different times in Spain’s history. 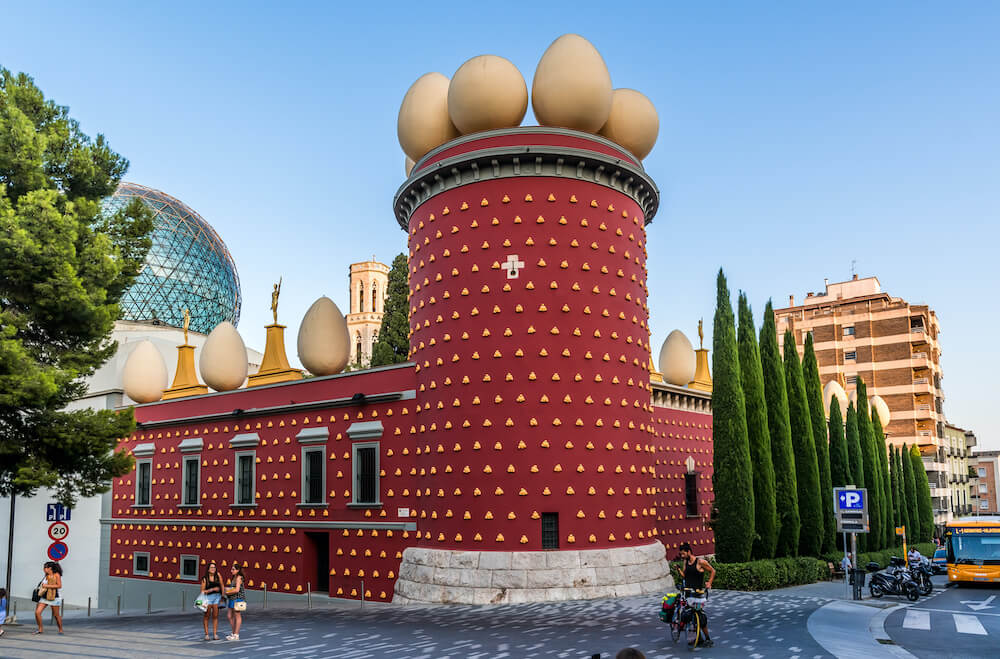 Logroño is not exactly teeming with tourists, not because it’s not worth visiting but only because few people know about it. The city is well off the beaten tourist trail, and visitors tend to drop by for red wine only. But it has plenty to offer. Logroño is a stopover on the Camino de Santiago pilgrimage. It’s also a great place to go to if you’re looking for an unforgettable gastronomic experience.

Gastro-bars and taverns are lined together, particularly in the old quarter of the city. The pincho bar scene in this area is wildly popular. Pinchos are the equivalent of tapas, which are small portions of food skewered to a piece of sliced bread. Plus, the wine culture here is what makes it distinguishable from other Spanish cities. You have to experience it to believe it! 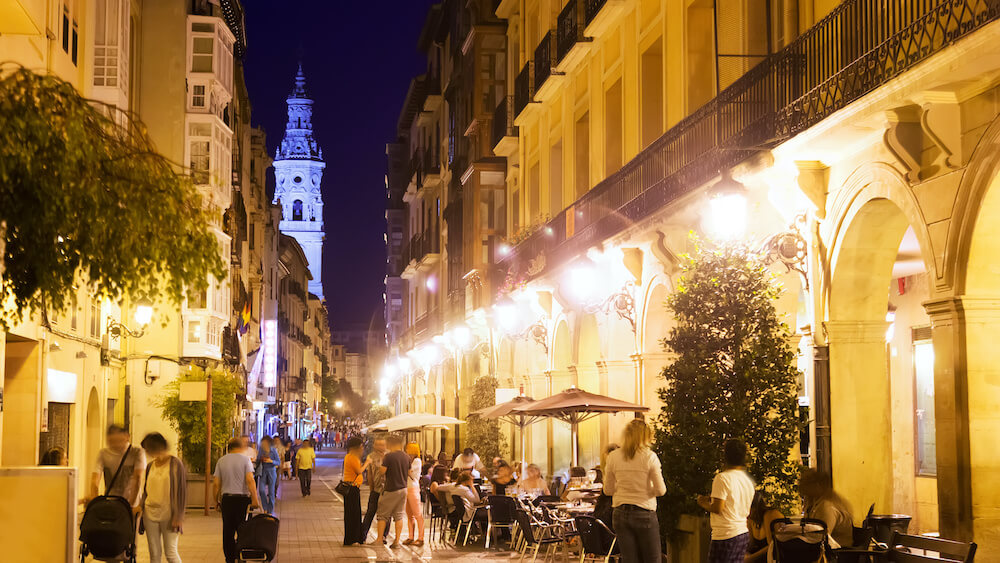 Menorca Island locals say that you have to visit this place at least once in your life. The beaches are certainly some of the best in the world. The island itself has more beach coastline than the combined landmass of Ibiza and Mallorca! There are over 200 calas or small coves that you can explore here.

If you’re into hiking, Menorca has a bridleway for you to discover called the Cami de Cavalls. Therefore, you can see the entire island by foot, on a bike, or by a horseback ride. Speaking of horses, don’t miss the Path of Horses, which was used as a defence in the early 14th century. 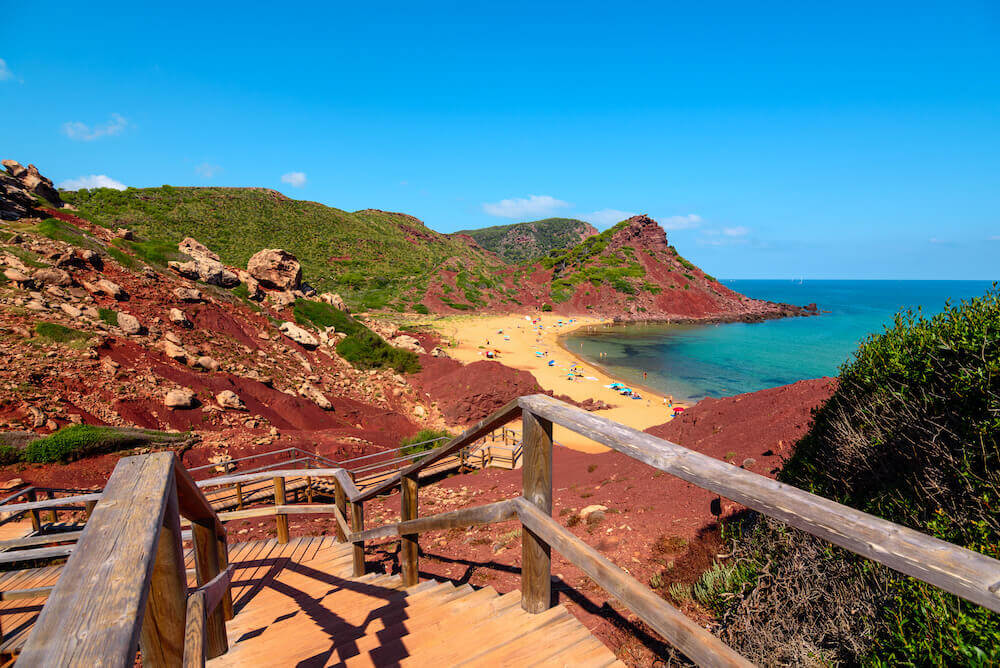 Santa Liña is another location that is less popular than in other cities in Spain. It is situated in the province of Lleida in Catalonia. For most people who have discovered the allure of this town, one of the things they love about Santa Liña is its calmness and wonderful, close to shore – reef swimming. Because it does not have the usual busy touristy streets, it is easy to get to the part of the city that you would like to visit while enjoying the sights and sounds.

Among the popular destinations in the area is the 16-century church. It also has medieval alleys, which are great to explore if you love history. But Santa Liña is mostly known for being the testing ground for sport climbing in the country. It has Cova Gran, which is also an archaeological site. 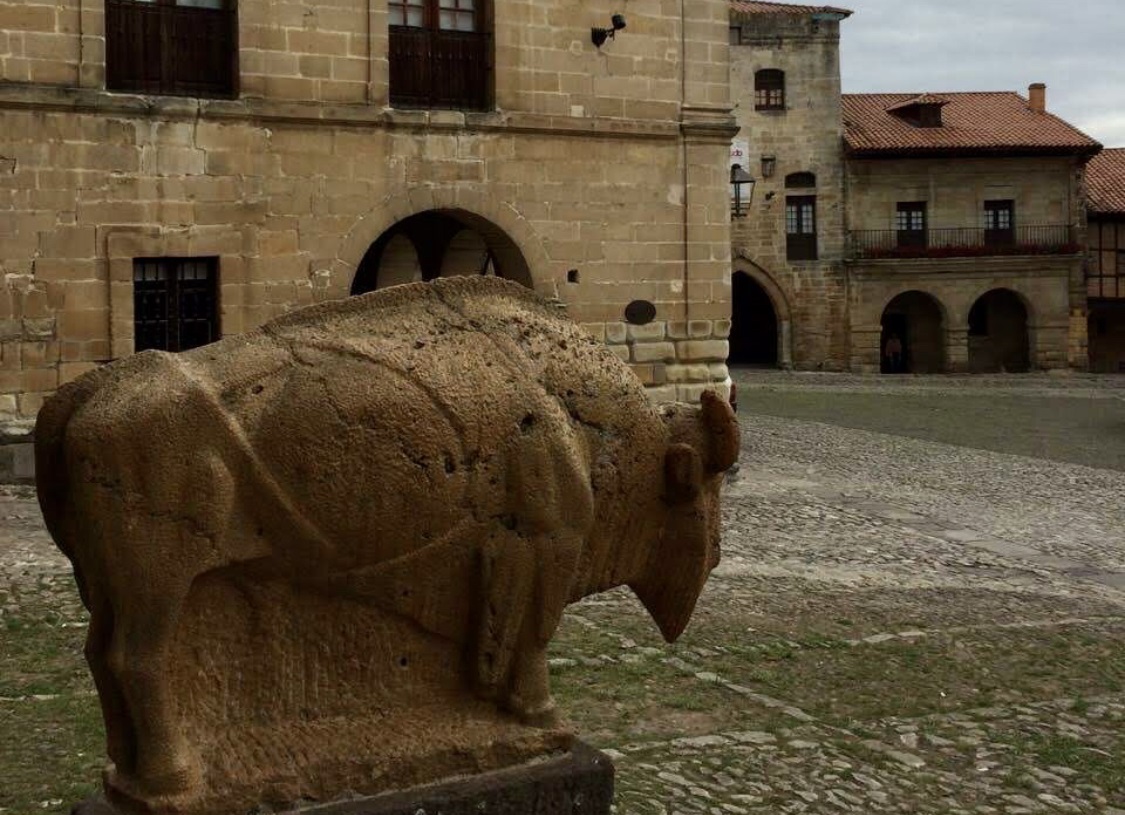 The beautiful city of Segovia can be found in the Autonomous Community of Castilla y León and is just a few kilometres from the capital, Madrid. Over the years, Segovia’s appeal has been spread all around the world, which is why it has become one of the most visited cities in Spain.

The Aqueduct is a characteristic monument that you should see whenever you’re in the area. It’s a piece of Roman architecture that has been around since the second century. Another is the Alcazar, which was once used as a fortress. It was later turned into an accommodation for the Spanish royalty. Of course, don’t forget to try Segovia’s dishes, including the suckling pig, chorizo de Cantimpalos, and the ponche Segoviano. 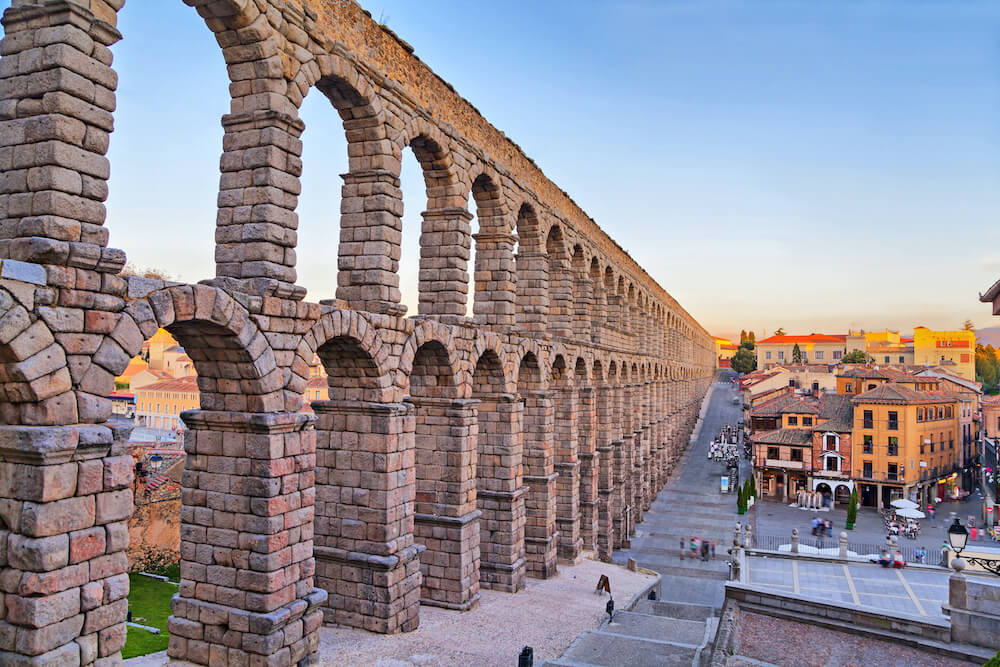 Berga may be a small town, but it has humongous offerings for every traveller. Located right at the feet of Sierra de Queralt, Berga is a royal bastion. It is famous for its cuisine, as well as the Patum Festival, which is Berga’s quintessential celebration and recognised as an intangible heritage.

If you have a limited time to visit Berga, we recommend that you plan your day accordingly. There are so many places to see, including those you may not have even heard of. The Espectacles de Terror is a unique site, especially if you are a horror fanatic or just seeking adventure. If you’re looking for museums, visit Casa de Patum or Cercs Mine Museum where you can discover the mining history of the area. 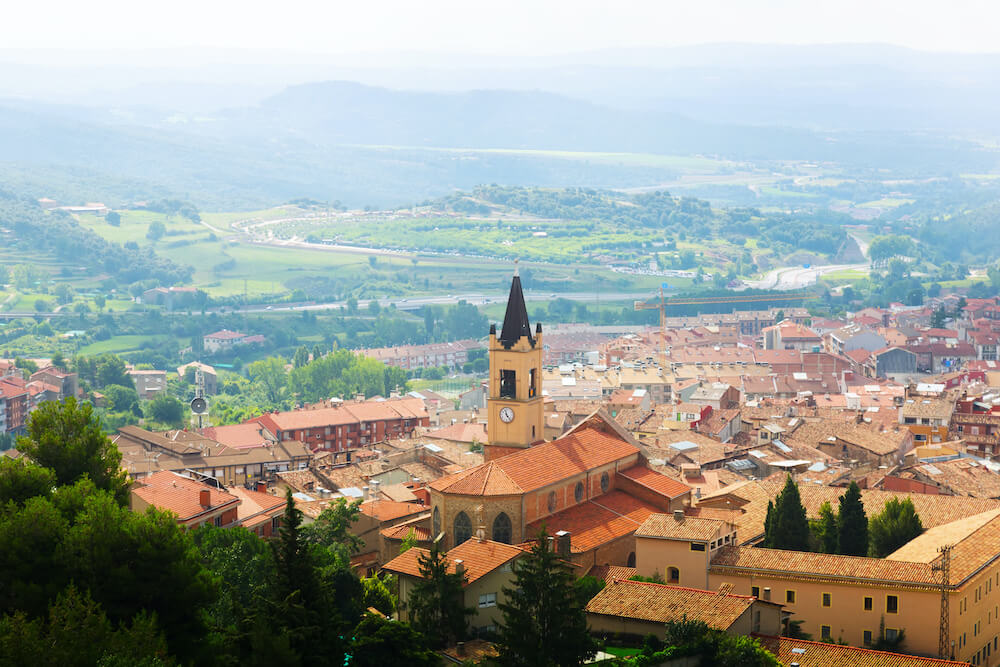 Sitges is considered the Saint-Tropez of Spain, mainly because of its lively beach crowd and nightlife. It’s just 30 minutes south of Barcelona and is renowned for its horror film festival and the tourist-friendly atmosphere.

Head to Sitges if you’re looking for a day at the beach or to take in some great shopping. As a seaside town, it boasts gorgeous beaches like the Platja de Sant Sebastià and the Platja la Bassa Ronda. Museu Cau Ferrat is for those who want to explore a little bit of the town’s history. Meanwhile, for a seafood experience, stop by at a traditional restaurant in the Old Town. You’ll find a few options, such as El Trull and La Nansa, where you can delight yourself in fresh fish and other rice dishes. 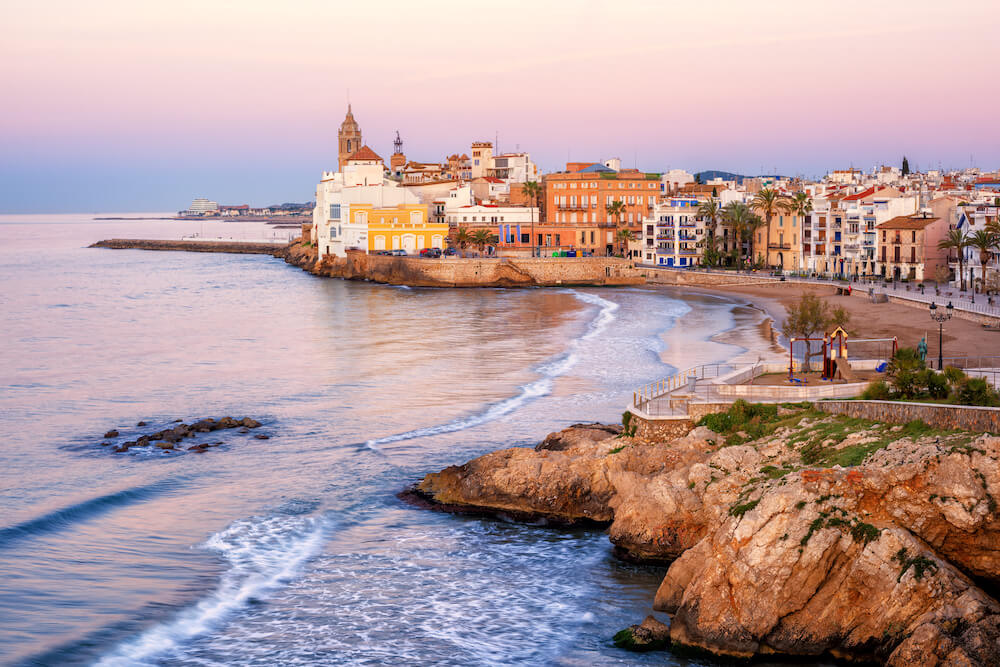 Pamplona is the capital of Navarre and is located just south from the French border. Many visit Pamplona to participate in the San Fermin Festival (running of the bulls), but there are other things that you can do while in the city. Pamplona is a popular Camino de Santiago stop. The pilgrimage trail runs 790 kilometres starting from the village of Saint Jean Pied de Port in France to Santiago de Compostela in Galicia.

Pamplona is also quite popular for the young crowd. There are excellent pintxos bars and restaurants serving fusion dishes. And if you’re here to see historical sights, Pamplona will not disappoint. Go to the old town where there are medieval city walls, along with the ancient citadel that Philip II built during 1571. 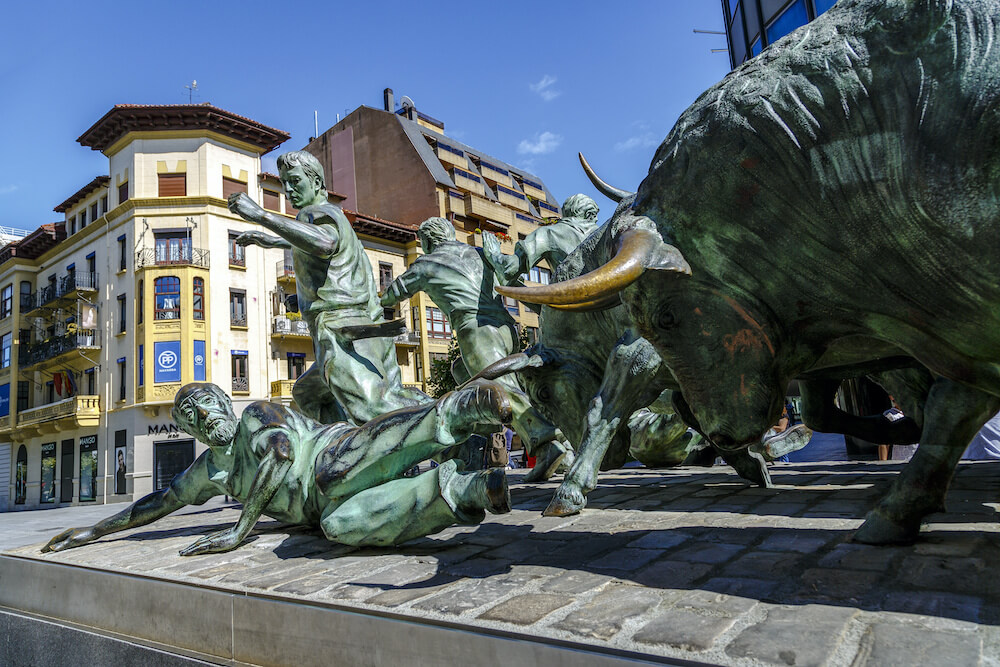 Valencia is the third biggest city in Spain. With its numerous sights and experiences to offer, it’s not always suitable for a short holiday. Valencia combines art, culture, nightlife, and beach all in one place. There are also unique festivals that you may want to take part in.

The city has some of the best beaches in the country. Because it is almost always sunny all year round, the Valencian coastline is surely where you will wish to stay for most of your trip. But certainly, the rest of Valencia is worth your while. The Old Town, for instance, is a great destination with its street art, architecture, and café streets. And if these places are not enough, you should definitely try paella in Valencia. After all, it is the original home of the country’s most famous dish.

Explore the beauty of these locations and more while in Spain. Join the Vuelta a España with us. For more information, please contact us and we’ll be sure to get back to you right away. 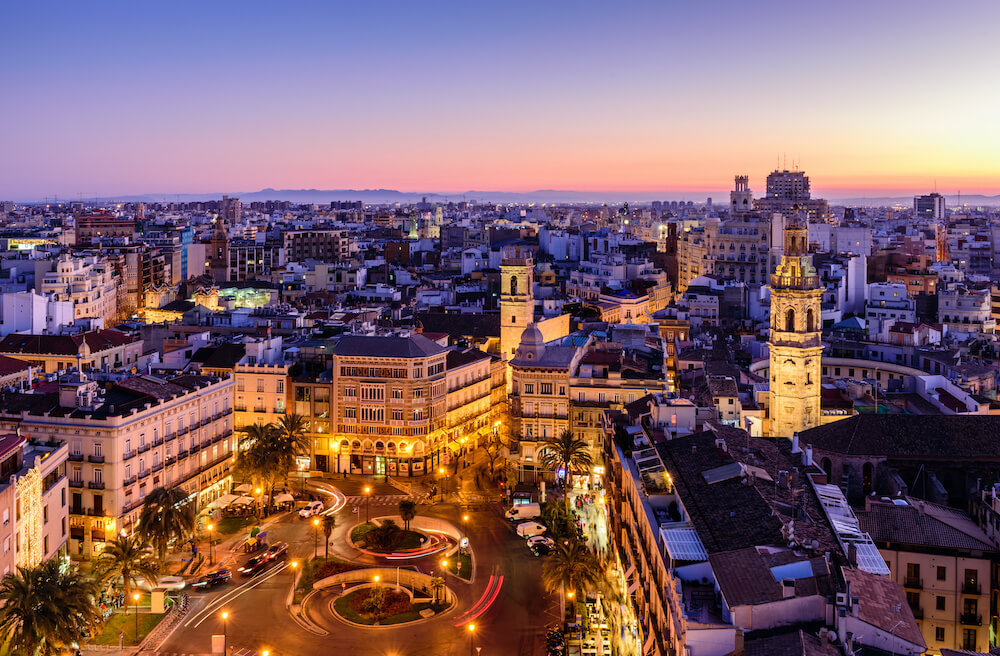 Are you ready to experience all that Spain has to offer? Please get in touch with us to learn more about our tours. You could be cycling throughout Spain while enjoying some of the amazing places on this list!