Compared to its neighbours France and Italy, Spain took a long while before it yielded to the powers of food. But even so, people from all over the world have come to recognise and appreciate Spanish cuisine. There are plenty of Spanish foods that will delight your palate.

Here are 7 that we know will surely capture your heart:

Catalonia is rich in history and culture. It also has exceptional cuisine, which is popular internationally. It’s primarily of the Mediterranean, having been influenced by the nearby countries and using resources from both land and sea.

But apart from distinctive dishes, there are a few that truly stand out, including the Catalan Hunters’ Breakfast. It’s the most important meal of the day, so it’s heavily packed. The traditional breakfast of the Catalan region includes an omelette or fried egg and huge slices of toasted bread. But that’s not all! They have jamon or ham on their table, too, as well as tomatoes and olive oil.

For an even heartier breakfast, the Catalan Hunters pair their food with local white or red wine and coffee. While it’s hard to beat Italy when it comes to the all-important breakfast coffee, Spain is a close second for the best coffee we’ve had in Europe. Catalan coffee to start the day.

Sepia a la plancha is Pan Grilled Cuttlefish in English. It may sound like a typical dish, but it is more than that, especially for the locals. Think of seafood as the equivalent of North Americans’ love for bacon. Seafood is consumed almost every day in Spain. It’s not hard to find sepia a la plancha because it is offered throughout the country. However, we recommend picking a place that’s near the coast for fresher ingredients, especially cuttlefish.

If you’re wondering how cuttlefish tastes like, it does resemble a little bit of squid. But it offers more flavour, and it’s one reason why cuttlefish is not often deep-fried.

This dish is the perfect starter for any meal, or you can have it as a mid-afternoon grub. Pair it with cold beer for a more enhanced taste. 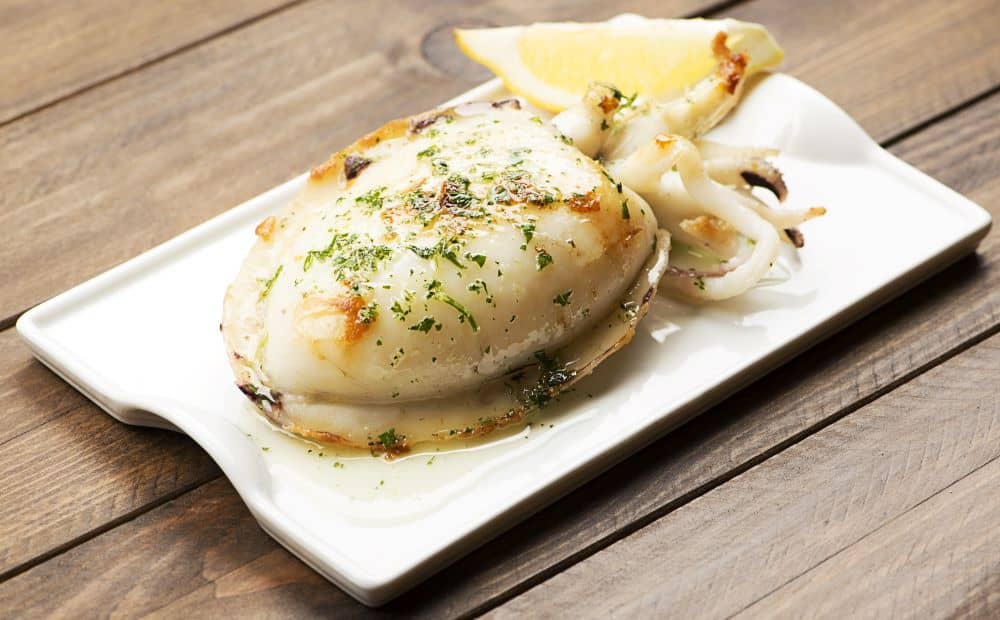 Sepia a la Plancha can be found in every bar and restaurant in Spain.

This next dish may not be for everyone, but it is so delicious that it’s difficult to say no to once you tried it. We’re talking about battered pork ears. That’s right, real pig ears or oreja. Oreja rebozada is a speciality in Spain, including Madrid, where people love to munch on exotic foods, such as pig ears. It’s crunchy with a little bit of skin, cartilage, and bone.

Pork ears are served in many places around Spain. However, if you’re looking for the best choice, we highly suggest Logroño, where there is an old place called El Perchas. It opened in 1955 but closed in 2014. El Perchas reopened in 2015 and continued what people have loved them for. When in Logroño, don’t miss the opportunity to eat battered pork ear where it is served in two slices of bread at El Perchas. Black peas are a staple in many Spanish kitchens and often used as a side dish alongside rice. But stir-fried black peas are among the delicious secrets in the country. They offer flavour and richness, which remain consistent throughout the whole meal. And if you love bacon (or even if you don’t), you will agree that everything tastes better when topped with this crispy meat. It’s a jazzed-up version of a usually savoury dish, turning it into a smoky and flavourful meal.

Plus, it gets even better with a glass of red wine, particularly garnatxa or grenache. It is a popular variety of red grape with a distinct spicy yet soft berry taste with each sip. 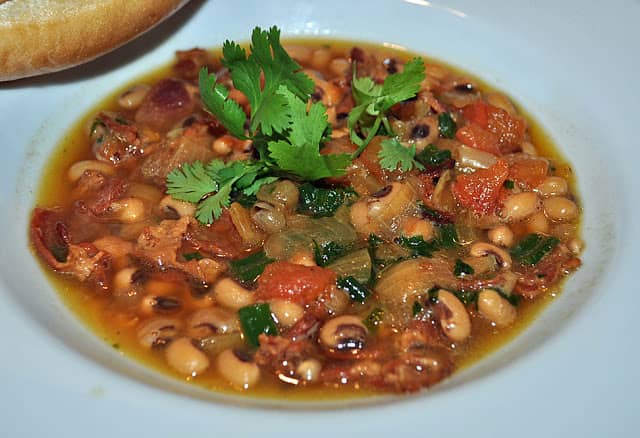 This delicacy is a part of the famous Catalan cuisine, which involves tasty and exotic grilled snails. It is a simple dish with a dipping sauce that makes the taste even more interesting. If you have not tried snails before, this one will surely convince you.

Caragols pertain to snails, so you can already guess that you will be served with land snails. They are cooked on a grill first. However, if it is “a la Llauna”, it means that the snails are cooked using a tin pan.

When consuming caragols, you will get that strong taste of vinaigrette or aioli. This Catalan cuisine is quite popular in Terres de Lleida in Spain. Caragols have been a part of the Aplec del Caragol de Lleida food culture, which means snail gathering, since 1980. This dish is also favoured in the Pyrenees. Nothing comes close to homemade dishes. When in Spain, the locals also have their version of the popular cannelloni dish. They call it “Canelones” in Castellano Spanish, and it is the pasta often served on special occasions, such as Christmas. The “Canelones de la casa con bechamel de setas de burdeos” is particularly remarkable. It is a homemade dish with bechamel or white sauce and wild mushrooms. It has “aceite de ajos y sal de hierbas” or garlic oil and herbs salt for flavour. In Catalan, this dish is known as “canelons amb beixamel de ceps, oli d’alls i sal d’herbes. This dessert is not entirely the same as crème brûlée. One notable difference is the use of milk instead of cream. It also has cinnamon and lemon peel most of the time, although some people don’t incorporate those ingredients. Unlike the French version, it does not use a water bath (or bain-marie in French). When made well, we guarantee Crema Catalana is to die for! 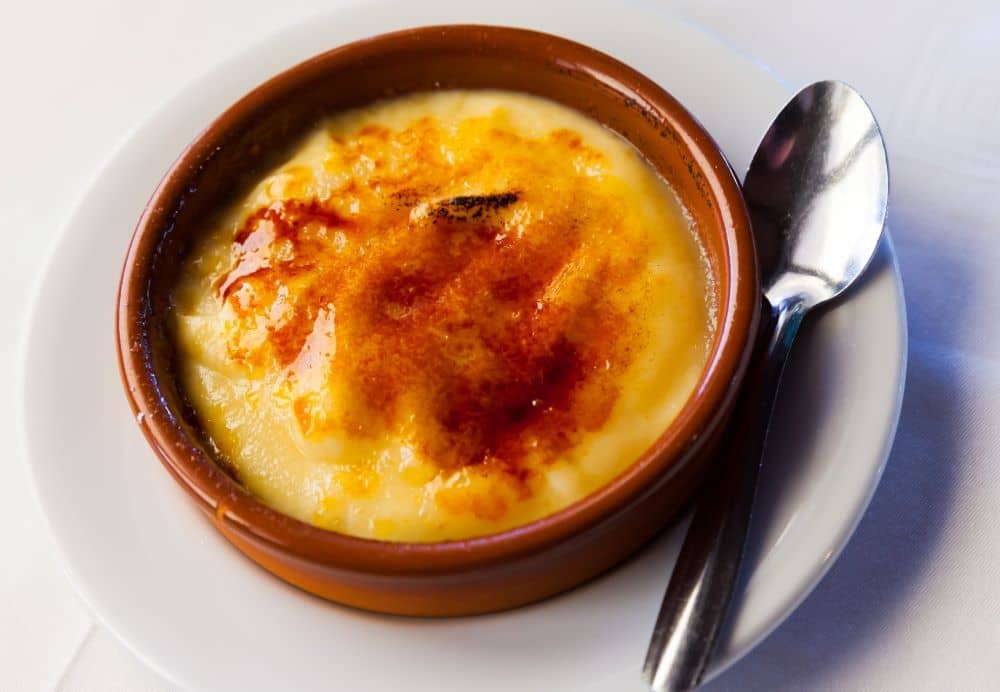 Are you hungry just looking at the pictures above? Please get in touch with us to learn more about our tours. You could be cycling throughout Spain while enjoying the amazing dishes on this list!

12 Places to Visit in Spain During the Vuelta a España